Charlotte-based general contractor expands with projects in the Wilmington area 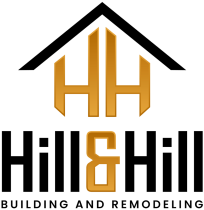 A Charlotte-based general contractor who opened an office in Wilmington earlier this year recently opened apartments in the Wilmington area.

The project with Graycliff Capital Partners and Keel Concepts Inc. consists of 240 rental townhouses in 45 buildings, as well as a clubhouse, resort-style pool and dog park. It is expected to be completed in 2024, according to the C. Herman Construction website.

In March 2021, the firm began work on The Reserve at Blake Farm Apartments, in partnership with Chaucer Creek Capital. The 240-unit garden-style development was designed by Planworx Architecture and could be finished this year.

The projects represent an expansion for C. Herman Construction, which was founded in 2017 and is involved in preconstruction planning, construction management, general contracting and coastal restoration.

The Wilmington office “will allow us to serve the Carolinas more effectively and efficiently,” Chris Herman, company president, said in a press release.

Wilmington is the company’s third office in addition to Charleston, South Carolina.

Not so fast: what to consider before firing your general contractor – Construction and planning

To print this article, all you need to do is be registered or log in …