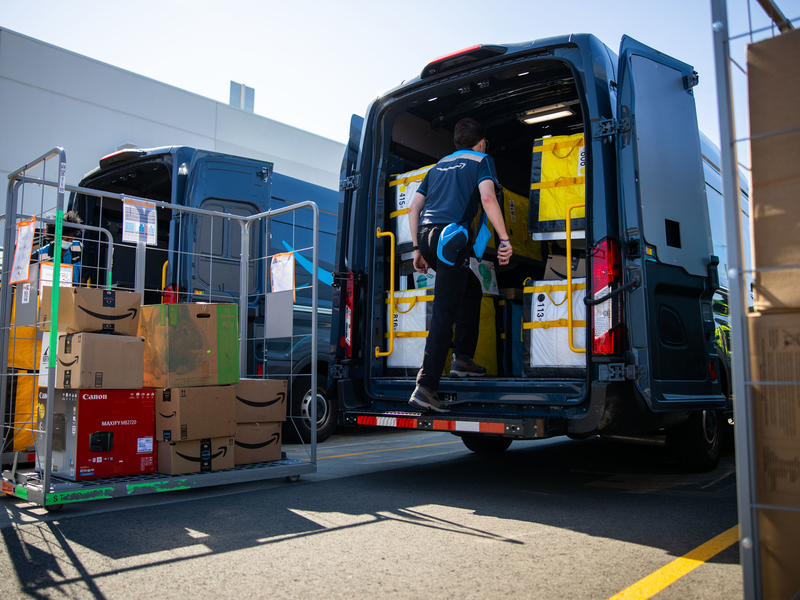 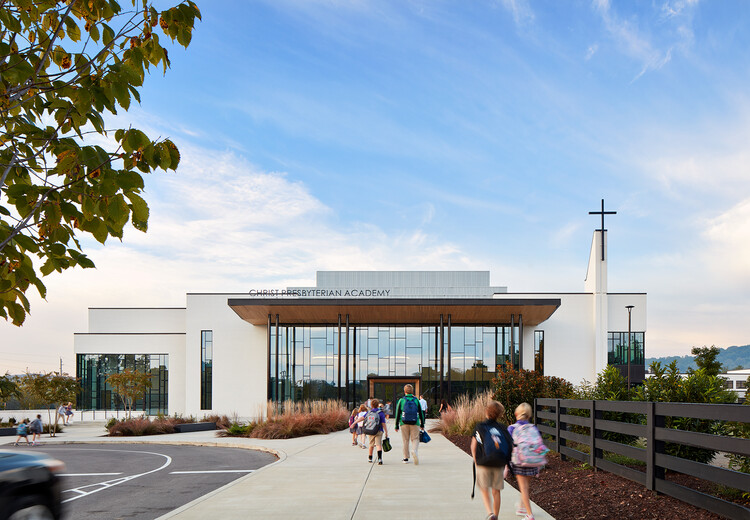 Text description provided by the architects. This fine arts center opens a new gateway to the Christ Presbyterian Academy campus, welcoming students, families and visitors. As part of a larger master plan, the Palais des Beaux-Arts is set to enclose and define a new central quadrangle – the long-awaited heart of the campus.

Christ Presbyterian Academy is a private coeducational prep school for preschool to 12th grade, located on a 58-acre campus in Nashville, Tennessee. HASTINGS ‘campus-wide master plan intentionally positioned the new arts center to establish a central exterior quadrangle, transforming the campus from an automotive-centric campus into a campus that embraces the human scale and celebrates the idyllic school setting. Since its founding in 1982, the campus, which has developed without dominant style or aesthetics, is now united around the central quadrilateral.

The once disparate facades of the campus now speak in harmony with a new color palette. Like the program it houses, the new Palais des Beaux-Arts is bright and inspired. The mass of brick envelops the base of the building and refers to the scale and materiality of the existing campus. A corrugated sheet of corrugated iron, reminiscent of the stage curtain, surrounds the theater hall and the flying tower. At the main entrance, the mass of bricks opens to reveal a transparent hall capped with a wooden canopy – a welcome gesture for students and visitors alike. The glazing pattern – an interpretation of the Academy’s tartan pattern – introduces a contemporary vocabulary unique to this campus.

Through the transparent facade, the hall blurs the border between interior and exterior with natural materials and abundant natural light, inviting curiosity and wonder both by the large scale of the space and his sculptural gestures. The auditorium of the theater echoes the soft curves found in the lobby representing the creative expression favored in the building and contrasting with the orthogonal brick mass of the Arts Center. An expansive light monitor diffuses light throughout the hall and strengthens the connection between interior and exterior.

The program includes a 550-seat theater, a black box theater, make-up and dressing rooms, a costume shop, a stage shop, a green room, administrative offices and the arts department. At night, the Palais des Beaux-Arts and its large glass roofs become a welcoming beacon on the quad. Form and curriculum work in tandem to create a contextual response that uplifts campus and inspires creativity and artistry. 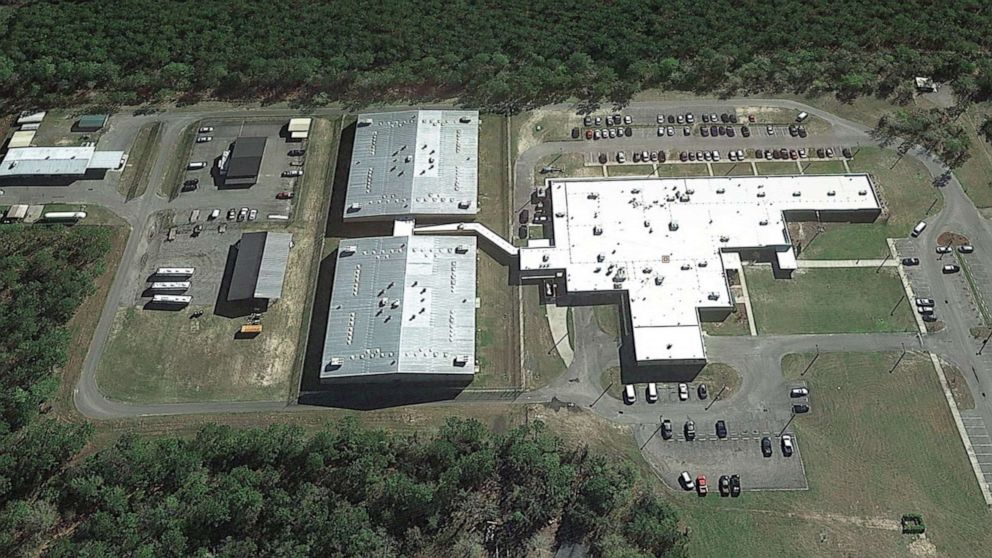